"What? Another Stratotone? Psssshh... I see those all the time!" Not this one, you don't. It's the very rare single-pickup walnut-burst finished version of the one you do see all the time, the 1420/1421. 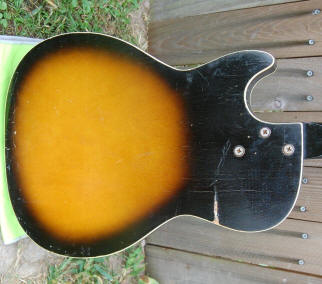 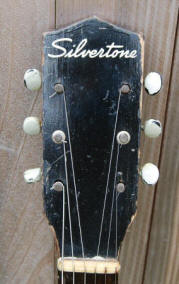 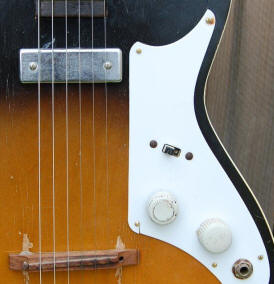 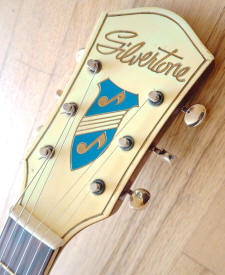 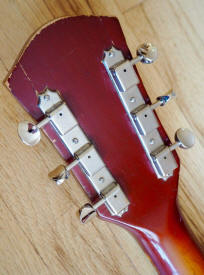 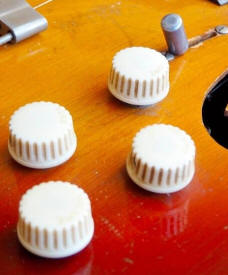 Well, this 'Thin Twin' has seen better days, but it means we get a look inside the rare iconic Silvertone. 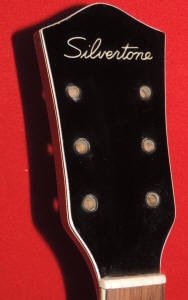 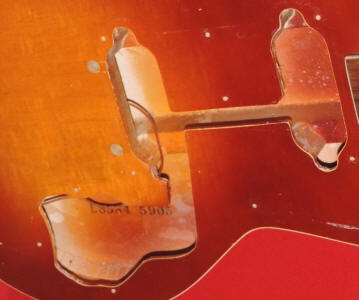 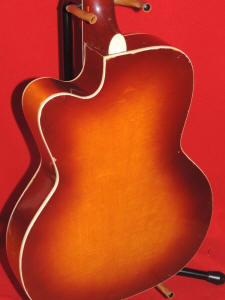 You gotta have somewhere to put all those records, right? This nifty record holder was designed and patented by the same gentleman who gave classrooms, libraries, bedrooms and studies everywhere a world globe to study. If you ever wondered about 'Replogle' globes, here you go : Luther Irvin Replogle ('Rep' to his friends) made his first globe in 1930. He had a great stroke of luck in 1933 at the Chicago World's Fair, when he was contracted to make souvenir globes, selling over 100,000 at $1.75 a pop. Word War II increased interest in geography and globe production increased. He applied for and received a design patent (USD127972) for this record holder in 1941. After serving on the Foreign Service Officers' promotion board and US Ambassador to Iceland, Replogle died in 1981. 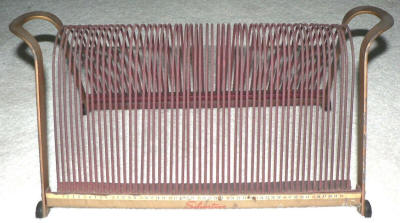 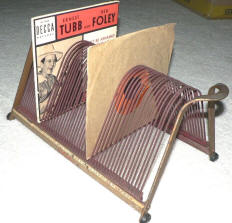 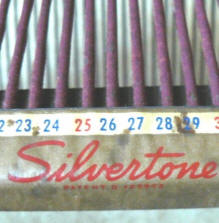 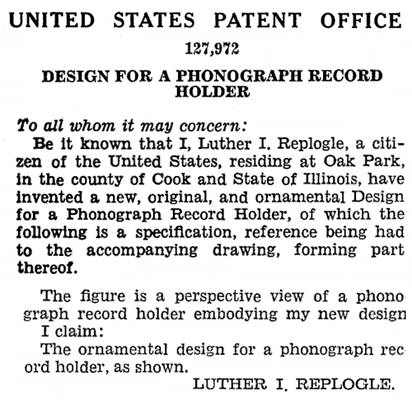 The items depicted on this page are not for sale by Silvertone World. These are reviews of items from completed eBay auctions on or around the date specified.

These have been converted from their old-school HTML design to a 'responsive' design by 'wrapping' it in some code that makes it play nice with your tablet/smartphone. Please forgive any clunkiness.